What does it mean to be “creative”? When discussing this topic  with young writers through the years, I always began with the obvious:

For those who believe in the Creator and in the Genesis account that says man was created in God’s image, the ability to create and the inclination to make something from nothing* is indeed part of what it means to be made in the image of God… to be creative. For those who do not believe man was created in the image of Creator God, this is nonetheless true but much less understood.

In this sense, creativity is unique to humans because, of all created living things, only humans were created in the image of God. This notion is offensive to those who cannot grasp the idea of Creation or the personhood of a Creator… those who have chosen to believe instead that all of what we see  just “evolved” over billions of years and that humans are mere animals themselves--slightly more evolved, perhaps, but no different in nature from a mouse or a magpie. Such people are quick to tell us that these thoughts on “creativity” are arrogant. They might argue that it is just as creative for a bird to build a nest or a beaver to build a dam or a bee to form a honeycomb than anything man has ever “created.” 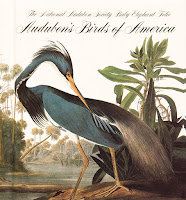 I would agree that the creative achievements of all creatures great and small in nature are indeed wondrous and they reflect a wonderful Creator. The difference between man and birds and beavers and bees, however, is that we can talk about all three of those creatures and their instinctive creations. We can discuss them in both abstract and concrete terms. We can even draw parallels between their work and our own. "Go to the ant, you sluggard." 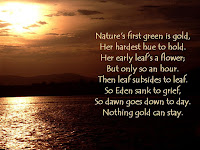 Artistically, we can re-create the concepts of this created world in poetry as Robert Frost did, then illustrate it in a picture or a painting as Audubon did; we can bind the poetry into books and shelve them with a thousand other books that agree and disagree. We can frame  the paintings and house them in grand museums and galleries full of man’s reflective work of external observable creation—and on the same walls can also hang the more abstract works generated by more modern minds that reject the notion of a Creator and any meaning of life bestowed to those who believe it. 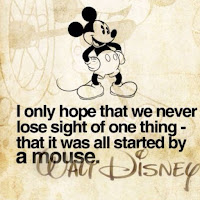 We can even create entertaining stories and films that create an alternate world in which animals act and think like human beings.(Anthropomorphism is what morphed Disney from an artist to an industry: “It all started with a mouse.”)

Gifted Creativity can reflect reality as well as an imaginary world. It is man's ability to study the variety of bird nests, and to write about them and paint them that sets the creativity of John James Audubon apart from the amazing animals in the kingdom he studied.


In the literary world, creativity fuels the ability to better understand the human condition as seen through the writings of humans themselves since the beginning of written words.  In the fields of "creative arts" this god-like attribute can be seen in theater, fashion, jewelry, architecture, photography, cinematography, and music as beautifully blended in the last scene of The Elephant Man, a film that uses one man's grotesque deformity to show the best and worst of supposedly "normal" society. For most of the film John [Joseph] Merrick is abused as a circus freak and gawked at by a society entertained by grusome things, but in the latter part of the movie he is exposed to all things "creative" and even begins to build a model of a nearby cathedral even though he can only see the steeple from his room. "I have to imagine the rest," he tells his friend. It is a statement that speaks to the essence of creativity which is inseparably linked to the power of imagination.


In the truest sense, I am neither a theologian nor a scientist, but the connection between man's creativity and His Creator seems plainly clear to me, and all deviations from this understanding stem from the same creative thinking man is blessed with... even when he chooses to ignore the origin of his creativity.

Jonathan Edwards was both a theologian and a scientist, but not until he became a believer did he see the wonder of creation. He was noted for his study of spiders and thunderstorms. Spider webs amaze me in both form and function, but they fit into the list mentioned earlier of things like nests and honeycombs. Instinctively gifted displays of natures but made by limited creatures unable to see the big picture of creation itself--unless through  anthropomorphic tales like Charlotte's Web--a favorite of mine. It is in the creativity of its author E.B. White, and the illustrator, Garth Williams, of his first edition, and the artists at Hanna-Barbera who put the story in animation, and Joseph Robinette who put it on stage(a production I have enjoyed directing twice in a previous life), and then the story was put beautifully on the big screen in 2006, which gave birth to the beautiful song "Ordinary Miracle."  It is in the poetry of that song and the prose of White's tale of the scrificial love of a friend (as in "no greater love than this: that a man lay down his life for his friends.") and the human gift of being able to "imagine" such meanings through "story" that set man's creativity apart from that of a spider who can actually make a web.

And that, I believe, is part of what it means to be created in the image of God. It goes beyond intellect, beyond the five senses alone, to something much deeper in the human experience, and that "something deeper" is what sets us apart from the animal world. Even the very rambling of this paragraph reflects something that sets us apart, whatever that "something" is about man that makes us wonder about things far beyond the shelter of a nest or next meal in the web. 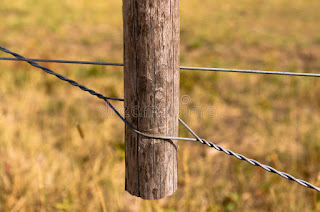 You might be thinking: "But I'm not creative. I'm a farmer; I'm a mechanic; I'm a truck driver; I'm an administrative assitant; I'm a nurse, etc. I can't draw or write or sing..." Let's think about that for a moment. Let's not limit creativity to the arts. I cannot think of a profession that does not reflect some level of "problem solving" that demonstrates the human capacity to think beyond basic animal needs. The way a farmer can tighten a fence with a stick. (My father-in-law calls that an "Oscar Stevens" because his farmer-neighbor did it often.) There are similar creative tricks in nearly every trade.


Are all people equally creative? Clearly not. Are all people who are creative equally gifted? Clearly not. Am I a creative writer? Sometimes, and what is it about the way my mind works--especially when my thoughts are fertile for writing--that makes me feel at home in that category? It can be both a blessing and a curse, but in writing I believe creativity is dependent on one's ability to be an associative thinker. As explained in Psychology Today:


“Associative thinking occurs when all avenues are open in your brain and your mind, and you allow your mind to … automatically link up ideas, thoughts, observations, sensory input, memory of existing knowledge, and your subconscious. Rather than relying solely on what you know or have observed …you allow any and all thoughts to arise, which helps your brain’s neurons to spark and connect in unique ways….”

“….what drives the need to create is not creative ability per se, but rather a tendency toward self-reflective pondering and the ability and penchant for letting your mind wander (daydreaming, as an example), in which all thoughts are welcome…. the need to create is associated with having thoughts that interrupt one’s ordinary stream of consciousness and that are seen as welcome rather than interfering.”

As I mentioned, the penchants described above are both a blessing and a curse. The first twenty years of my career, I taught literature, writing, and participated heavily in performing arts. Yet even in those years, if you tracked down any of my students or cast-members, they would clearly remember me as a teacher who enjoyed "associative thinking" even while lecturing. To me, "rabbit trails" were not an interference from teaching but fascinating applications of any given lesson plan because letting "way lead on to way" (Frost, "The Road Not Taken") brings texture and dimension to otherwise flat information. The second twenty years of my career has been in school administration, and still this penchant plays a part in most of my writing and communication.

Nearly everything I write is a blend of memory, faith, and familiar literature (from my teaching years). There are those who find it fascinating and those who find it frustrating. I have come to understand it as neither madness nor genious but simply the way God wired my mind.  Those wired similarly understand me better than those less so. I cannot be all things to all people, but through the years, I have been blessed by the kind words of others who enjoy my "metaphor and meaning and endless patterns of ink."

*Creating Ex Nihilo (from nothing) is a power reserved only to Creator God, but man's desire to create something concrete (tangible, literal, enduring) from something abstract (conceptual, figurative, ephemeral) is what I mean by "creating something from nothing."
Posted by .Tom Kapanka at 10:56 PM