The Homecoming Storm of 2014

One of my favorite author-narrators is Earl Hamner Jr., best known for his television show, "The Waltons," 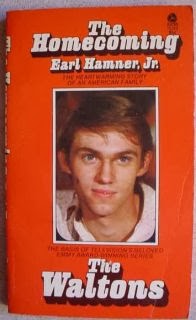 which aired through the Seventies. By "author-narrator" I mean a writer whose own voice is inseparable from the tone and rhythm his words pull from the page. If you remember the show or have watched its re-runs, you've heard Earl's voice toward the end of the show as the exterior of the two-story clap-board house is show (just before all the "good-nights" and the soft chord played on a harmonica). You can also hear his voice at this link as Hamner's reads the opening of The Homecoming, which was the basis for The Waltons. The story is about a blizzard that almost kept the father of the family from getting home in time for Christmas.

CCS has its own story of a Homecoming blizzard.

Tonight we were scheduled to play our Homecoming Basketball Games, announce the king and queen, and proclaim the winners of this week's class competitions. Last night at the Pep Rally, we introduced the teams and the court, and Dr. Tom Watkins, our announcer, optimistically reminded everyone to come to Friday night's games, but had all heard the forecast for today was blizzard conditions with -30 below zero wind chills. By 5:30 AM nearly every school in a 100 mile stretch along the lake shore had already canceled, and we had no choice but to follow. Even as I type, I can hear the wind howling outside, reportedly ranging from 30 to 40 MPH.

We will announce the rescheduled Homecoming Games ASAP, and we'll keep our 80 participants for Saturday's Homecoming Banquet posted if that also needs to be rescheduled. At the moment, we are still hoping for the best.

It is not the first time that a blizzard has effected Homecoming events, but it is the first time that it has happened since we had a school website. So as you're sitting there at home safe and warm, enjoy these pictures of the place you know you would rather be today--good ol' Calvary Christian Schools! 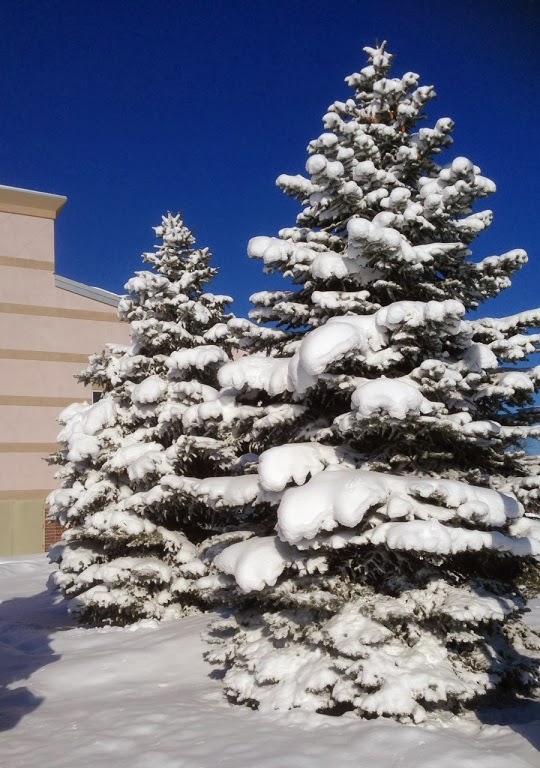 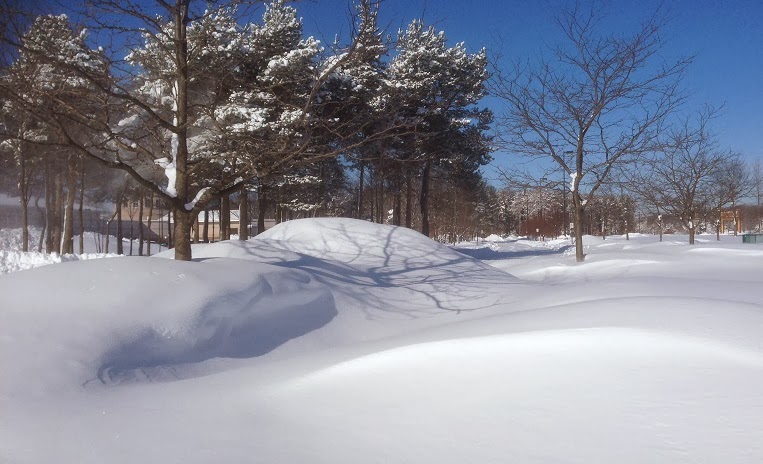 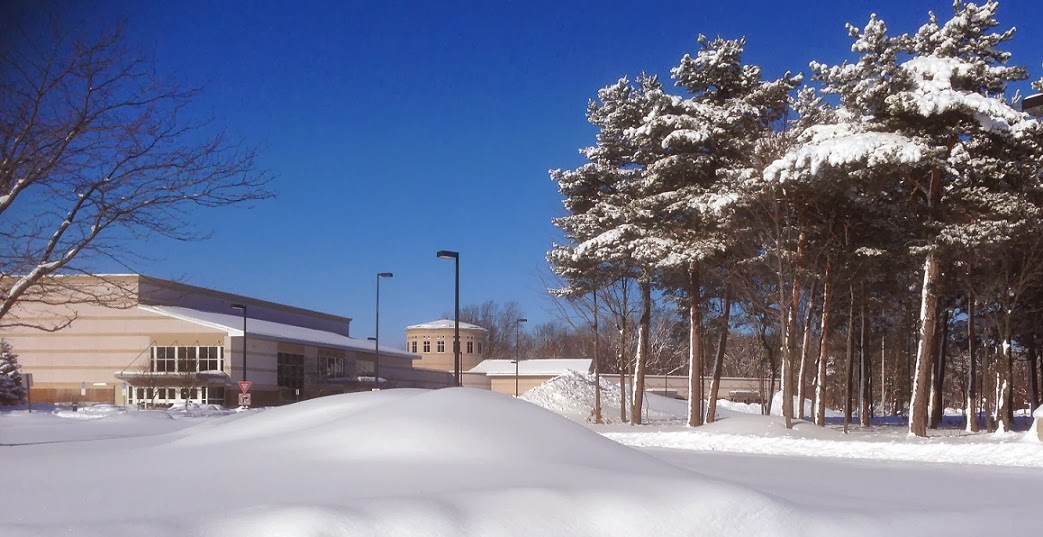 These pictures were taken the morning after Wednesday, January 22, 2014, which set a record-breaking "lake effect" snowfall in a single day at CCS. Fifteen inches fell between daybreak and when the last car left the parking lot. (Actually, there were four cars left stranded in the parking lot as you can see in the second-to-the-last photo below.) The total snow depths and drifting will be much worse after today's high winds.

Many thanks to our snow-removal team for keeping up with this fierce winter and creating our own mountain range in the parking lot. 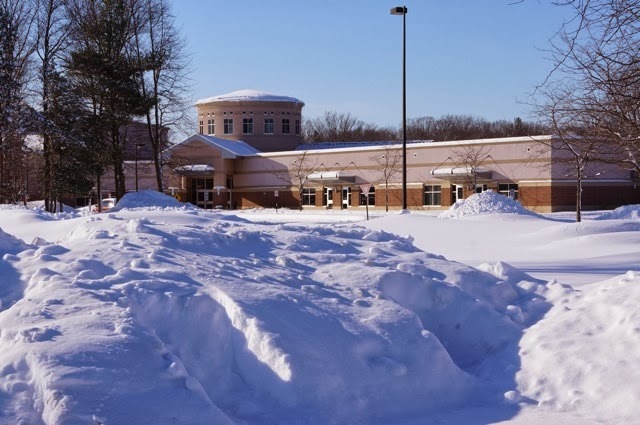 And below is what it looks like for some who try to navigate the lots before they have been plowed. 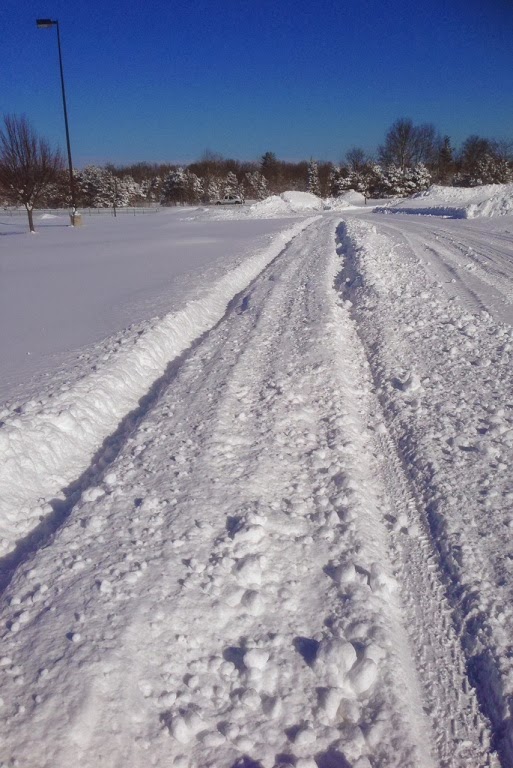