On Thursday, September 11, 2014, the CCS school family paused in the middle of Eaglemania activities to commemorate the 13th anniversary of the 9-11 attack and the 200th Anniversary of “The Star Spangled Banner,” which was written on September 14, 1814. The Ceremony included special recognition of all veterans in the audience, a video-poem called “That Ragged Old Flag,” a reading about Francis Scott Key’s lyrics by Board President, Dr. Tom Watkins, the Marine Corps League Honor Guard, the Pledge of Allegiance by our elementary students, and our National Anthem by the HS Band, sung by Audrey Walker.

Below is the video and some pictures from the event. The large 8 x 10 flag hanging over the band was purchased with the help of scores of $1 student donations. It will be known as our "Star Spangled Banner Bicentennial Flag."


This is a picture of what remained of the original "Star Spangled Banner" from 1814 before it was restored by the Smithsonian Institute in the early 21st Century. 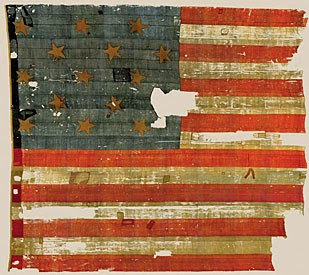 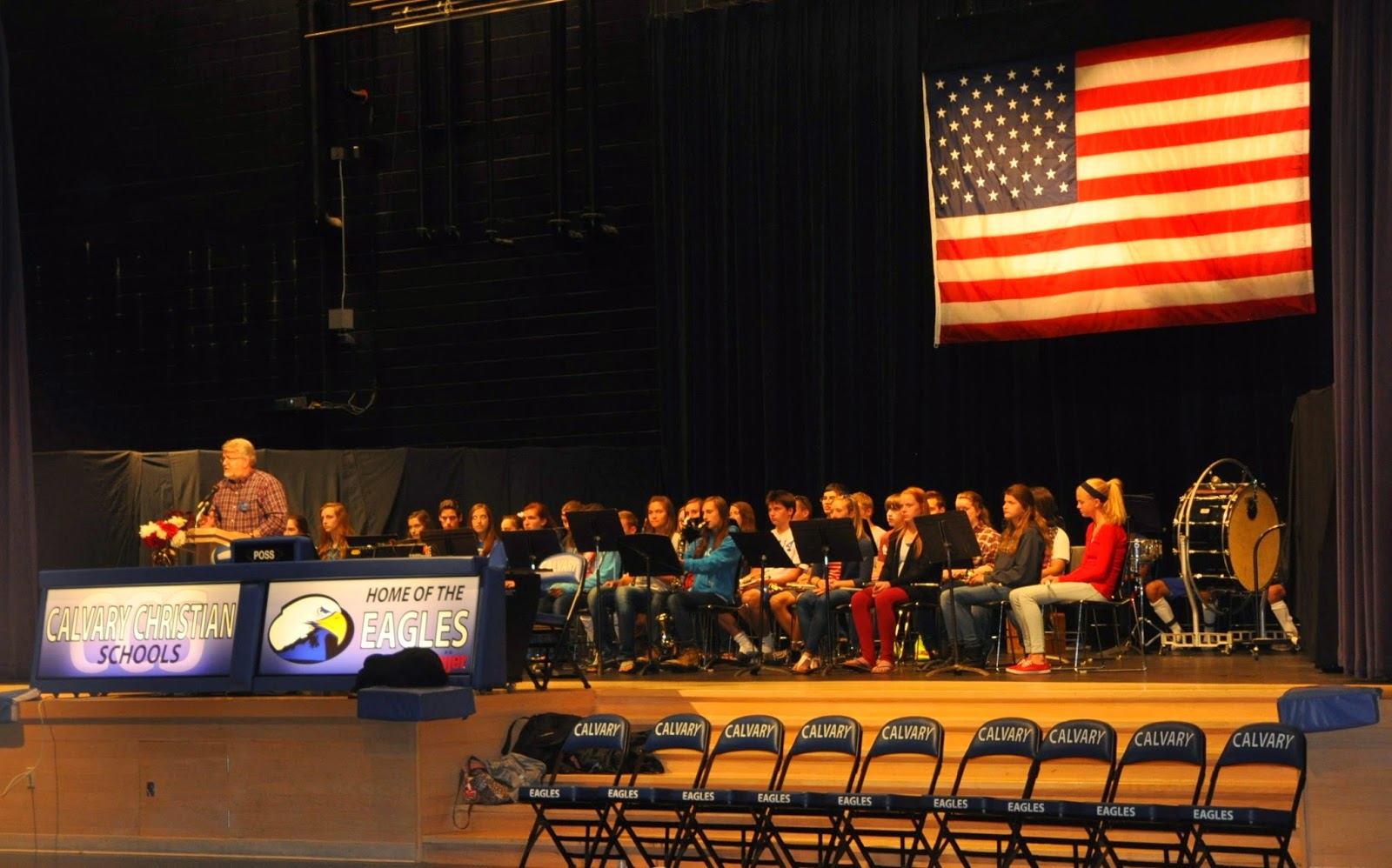 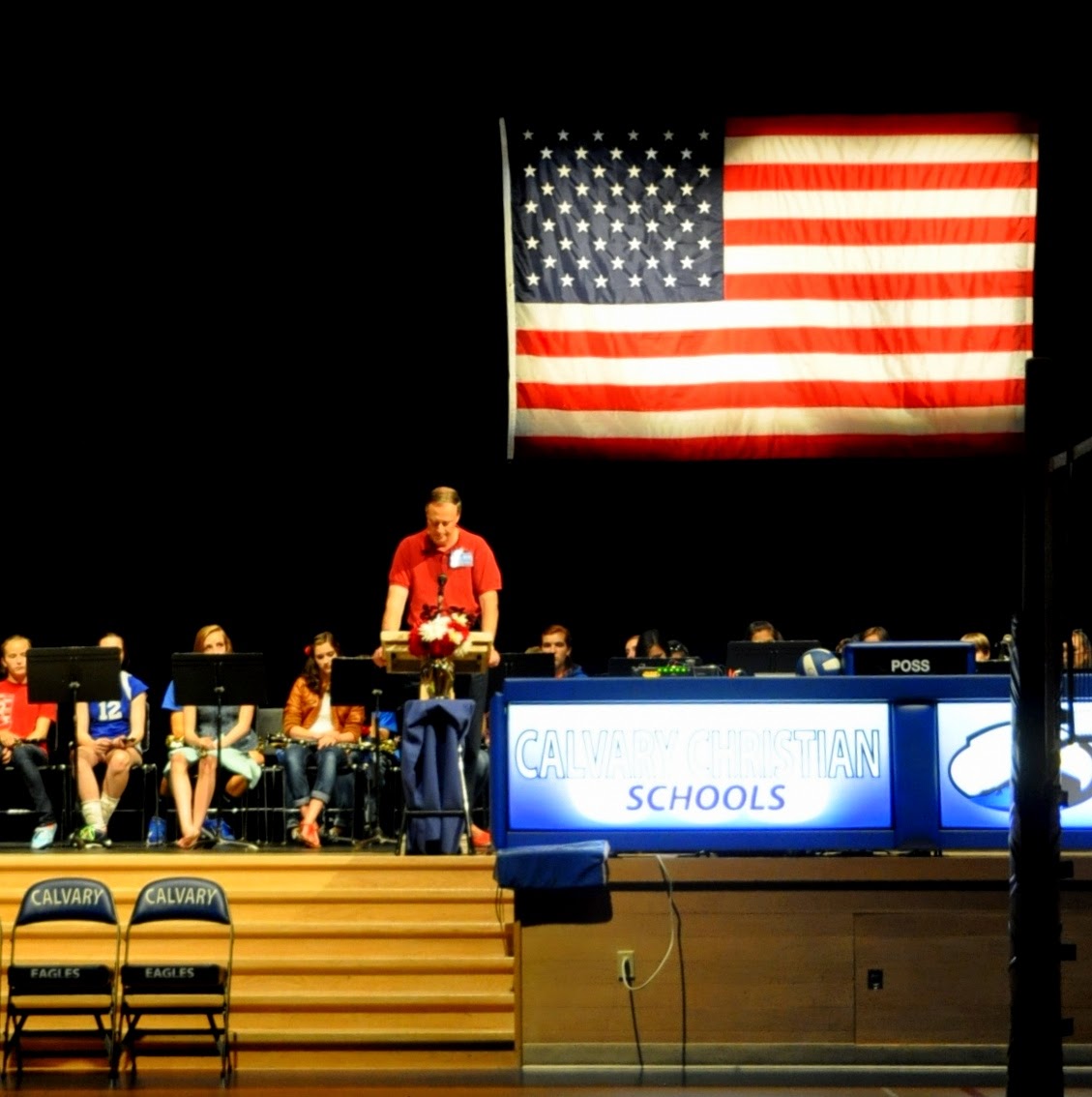 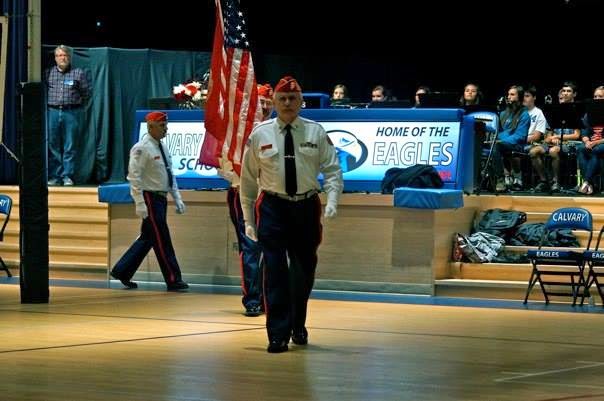 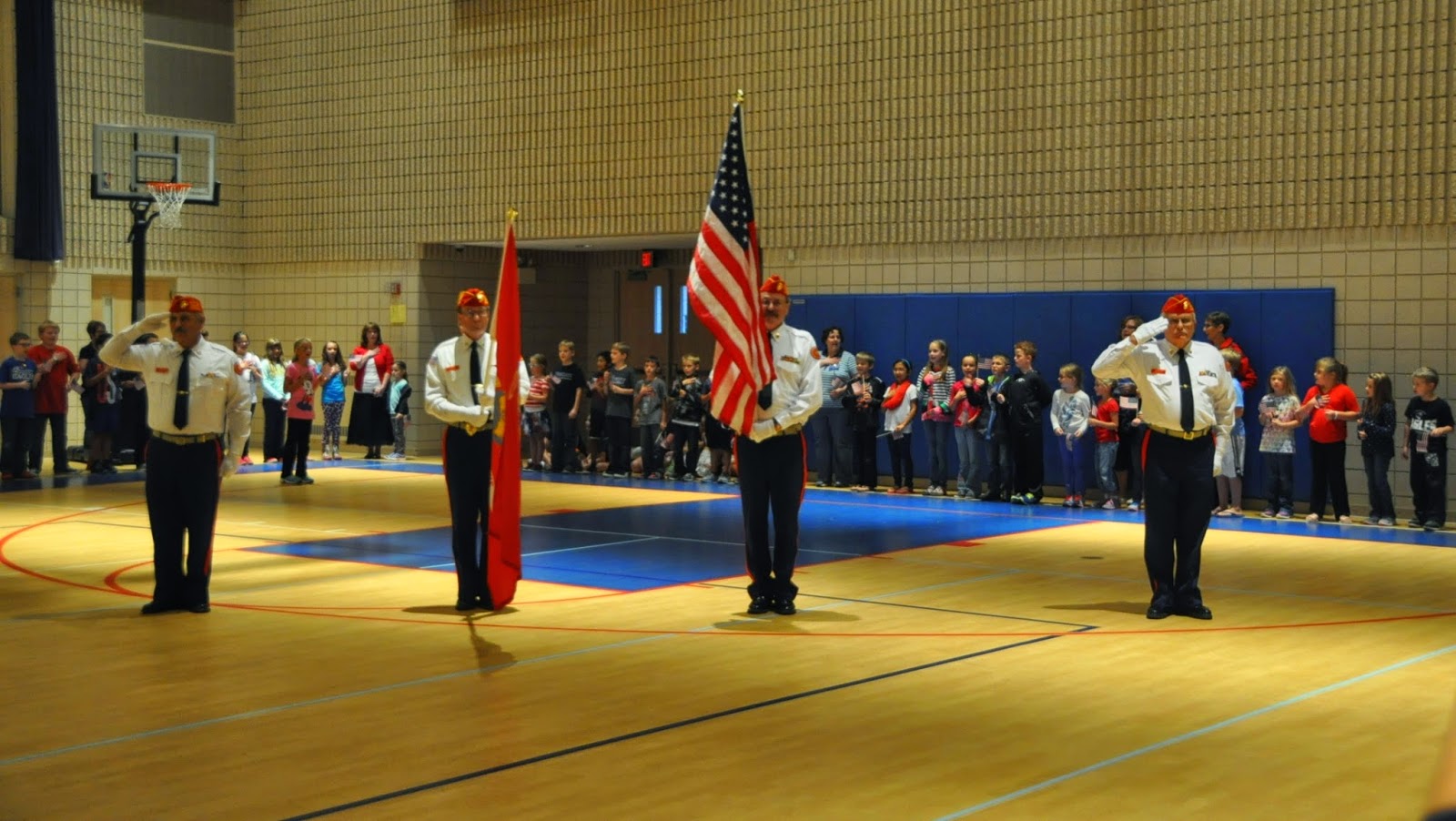 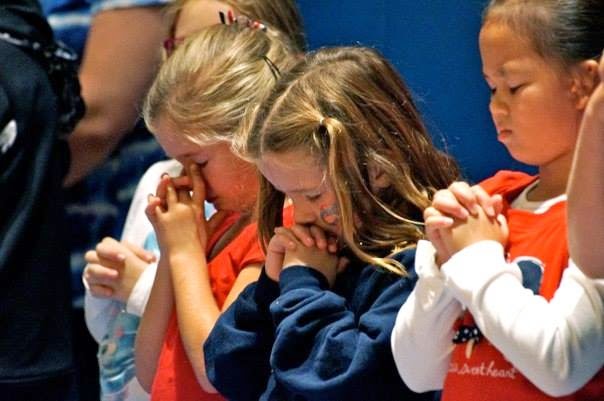 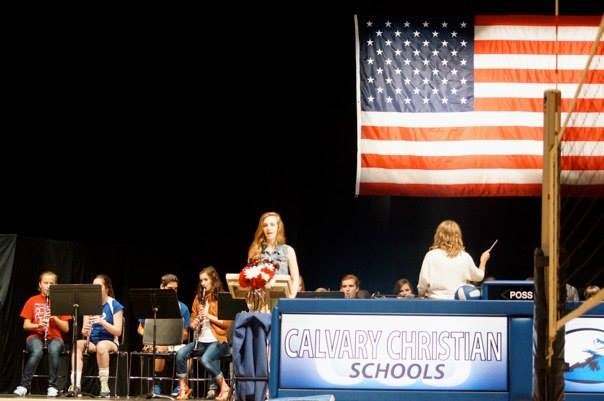 Oh, say can you see by the dawn's early light
What so proudly we hailed at the twilight's last gleaming?
Whose broad stripes and bright stars thru the perilous fight,
O'er the ramparts we watched were so gallantly streaming?
And the rocket's red glare, the bombs bursting in air,
Gave proof through the night that our flag was still there.
Oh, say does that star-spangled banner yet wave
O'er the land of the free and the home of the brave?

The first stanza ends with an earnest question because the outcome
of the battle was unknown until the light of day:
“Is our flag or the enemy’s flag waving over Fort McHenry?”

The first stanza is descriptive, but the fourth stanza is prescriptive.
It goes beyond describing what happened on that night in 1814
and prescribes what must always be true of a people whose hope is in the Lord.

Oh! thus be it ever, when freemen shall stand
Between their loved home and the war's desolation!
Blest with victory and peace, may the heav'n rescued land
Praise the Power that hath made and preserved us a nation.
Then conquer we must, when our cause it is just,
And this be our motto: "In God is our trust."
And the star-spangled banner in triumph shall wave
O'er the land of the free and the home of the brave!